The present Guildhall was built between 1411 and 1430, although evidence suggests that a civic hall has stood here since the late 13th century.

Local government developed here and its pattern has served as a model for many cities and towns. The crypt, porch and medieval walls have twice emerged unscathed from disastrous fires. In 1666 Guildhall was caught up in the Great Fire of London and in 1940 monuments, windows and galleries were damaged and the famous statues of Gog and Magog destroyed in a single night of the Blitz. Guildhall was restored in 1954.

Join AIJA for the traditional Opening Ceremony. The most ‘official’ moment of AIJA Annual Congresses! 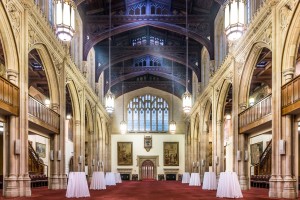